Well my story begins in late May, early June 2009…I was doing some gardening near my patio.

I decided to take a break & sat down and noticed some twigs on the ground – I thought the wind had blown them onto the patio so I didn’t think much more of it.

The next day I went out & happened to look up a few inches & saw many, many twigs piled up on top of the light fixture.

I was amazed that a bird would try to build a nest in such an awkward place (it’s a double security sensor light so it’s got a “V” shape in the center) but I’ve always felt that birds nests were good luck so I was pleased they chose our light fixture.

The next day I came out & found a Mourning Dove perched on top of that nest & to my amazement she/he just looked at me & barely moved.

I tried to limit my time out on the patio at first so as not to scare them but I couldn’t totally stay off the patio as it is the only way to our backyard.

I did a great deal of research and found that the males and females take turns sitting on the eggs, etc. so I became very aware of their schedule & was lucky enough to see them switching shifts in the a.m. & p.m.

Although I never saw the eggs I knew from my research that in about 2 weeks time we’d have some little baby doves.

Sure enough about 2 weeks later we were so excited to see some activity…most of the time the parents were actually sitting on the young but within days we could see the 2 tiny babies feeding from the parents beaks.

It was AMAZING to say the least & such a privilege to be so close to them.

I’ve attached a photo of the babies when they were a bit over a week old.

About 2 weeks after they were born they grew so big that we knew it was going to be time that they’d leave the nest pretty soon.

It seemed they went from a decent size to huge overnight (they seemed almost as big as their parents!).

At a certain point the parents would sit on the light fixture because the 2 young ones were overflowing from the nest.

Sure enough one fine Sunday (June 28th to be exact) they flew the coop. They stayed close enough that I was able to eventually spot them…about 30 feet across the yard under our lemon tree.


They were so cute as they tried to fly! The Mom & Dad were sitting on the wall very close by & kept watch over them.

The one baby got the hang of flying much quicker than the other so Mom, Dad & baby #1 sat together while baby #2 worked out his coordination under the lemon tree.

The next day they were nowhere to be seen & I hoped they were enjoying their new found gift of flight!

Not 2 days after they left the nest my husband said, "Hey hon, guess who's back?" I couldn't believe it but there was the Mom (or Dad…I never could tell them apart) sitting on the nest!

The next day the nest was empty (must have caught them between shifts) so I carefully peeked in & saw one egg!

I was so happy but worried when about an hour went by before Mom/Dad came back.

I researched and saw that they knew how long an egg can stay unattended so I was not concerned when that happened several other times during the week.

I also read that they don’t always lay their eggs at the same time.

Sure enough on another occasion when they were gone for a while, I peeked in again and saw that there were now 2 eggs.

Fast forward to this weekend…I knew since we were over the 2 week mark that the babies would be arriving soon.

We went about our usual business…saying hello to the Mom & Dad every day (we would have lunch or dinner on the patio & I garden in the evening several times a week so they were quite used to us & we loved them being there).

On Saturday evening I was doing some gardening & one of them was on the nest.

I came back from the other side of the yard & the nest was empty.

No big deal I thought but I found it strange being that we were at the 19 day mark…I peeked in as I was worried that maybe the babies had been born by now but there were still 2 small eggs in the nest.

I saw the Mom or Dad up on the neighbors roof & so I stayed on the other side of the yard so she/he would go back to the nest.

An hour later she/he was still on the roof. I thought perhaps I should wrap up my gardening so I put my things away & went in the house.

Needless to say I was incredibly sad. Tried to let it go but the first thing I did when I got up Sunday morning was check outside & still no Mom or Dad.

I know there must be a reason for them to abandon the nest but I’m incredibly sad about it & rather confused as to why they would leave 2 eggs.

If one of the parents was killed (there is a neighborhood cat that I’ve shooed out of the yard once in a while) would the other parent just abandon the nest?


After 19 days of sitting on the nest is it possible that the eggs were not viable? Would they not have known that sooner?

Don’t mean to sound ignorant…my hubby & I just got really attached to these 2 and their first set of little babies.

We even named the parents Hansel & Gretel (I know – we’re silly). My only other experience with birds was last Spring when a Sparrow built her nest in a very high, precarious corbel out front of our house.

The results were disastrous as we went out several times in one week to find a dead baby sparrow that had fallen (or been pushed?) from this 20 ft. high perch.

We buried 3 that were dead by the time we got out there & thought we saved the 4th but he later perished as well. (Named him Jack Sparrow…I know – I probably shouldn’t name the birds – I get so attached even when they don’t have names).

Guess I’m just wondering if anyone could clue me in to our Mourning Dove situation & let me know why they would have left these 2 eggs after 19 days?

Also, what should I do in the days ahead with those eggs? It seems so disrespectful to remove them…any thoughts or suggestions would be greatly appreciated.

Thanks for this great site/forum – I’ve learned a great deal! 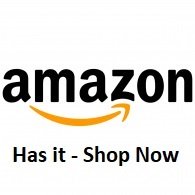