It's Just A Rotten Egg! The dove egg we hatched On Wednesday, August 31, 2011, my granddaughter, Annastasia, found an egg in the grass in her neighborhood.

The next morning her mother dropped her off as usual at our house before school and she brought the egg with her and announced that she wanted to see if it would hatch.

She had placed the egg in a soft Styrofoam container padded with Kleenex and asked for ideas on how to keep it warm.

I told her maybe we could put a lamp over it but I also told her that I was sure it had been out of the nest too long and it was probably just a rotten egg by now. 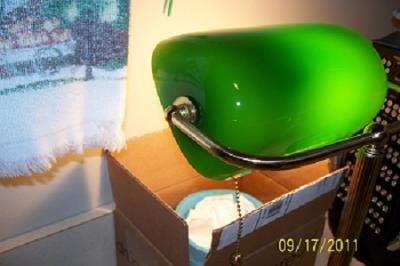 On the way to school, Annastasia begged me to keep the egg warm.

So, when I returned home I found a cardboard box that the styrofoam container fit in just right, placed a desk lamp over the box, and positioned them against a wall.

When she returned home from school she rushed to examine the egg.

Determined to prepare her for the worst I assured her that I was certain nothing was in the egg except spoiled goo.

The next afternoon Anna again looked the egg over and said she could see a crack.

Anna's mother thought she could see the beginning of a crack too.

I put two pairs of glasses on and still couldn't see a crack. I told her that the egg was probably just blowing up from being so rotten.


By this time Anna had surfed the internet and was confident that it was a Mourning Dove egg.

She wrote down suggestions of what to feed a baby bird and I dutifully laid the list on the kitchen counter.

The next evening as Annastasia rolled the egg around in her hand her eyes lit up and she announced that she could feel a heartbeat!

Her mother had read on the internet that you could hold the egg up in front of a candle to see what was inside so, of course, we dug out a candle.

With instructions to Anna to be sure to hold the candle BEHIND the egg, not UNDER, it, we each took turns trying to determine the egg contents.

It looked just solid black to me but Anna was still sure she felt something!

That night as I checked on things before going to bed. I thought that there appeared to be a "pointy" spot on the egg but dismissed it and forgot about it.

The next day, after school Annastasia went directly to check on the egg and ran back to the kitchen calling, "Grandma! It hatched completely out!"

I rushed back to the "incubator" and sure enough, there was a beautiful perfect little baby bird and I panicked!

OH NO! Now how do we keep it alive?! I mashed banana, I boiled an egg, I called the zoo, and I told Annastasia to call her mother who then brought some high-protein dog food.

We tried to feed the bird using a toothpick to get the food in its beak. Nothing worked.

Then my daughter, Heather, remembered that there were Mourning Doves that were nesting on the gutter of our patio!

We got the ladder and after gently shooing the dove from the nest Heather saw that the nest contained two eggs.

Not knowing what else to do with this lovely baby, Annastasia tearfully climbed the ladder and placed it in the nest with the two eggs.

She was heartbroken because (as she later told her mother) she imagined the baby bird opening its eyes and seeing her as its mother!

Anna was so afraid that the parent dove would just shove it out of the nest. She placed a folded-up mattress pad on the patio beneath the nest to cushion the fall!

Then for several days I watched and reported to Anna that nothing, no baby bird, had appeared on the pad.

Each morning, I stepped out on the patio and talked to the parent dove telling it to thank you for taking care of our baby.

And, I asked God to not let nature be cruel this time! (Doves are so much prettier than sparrows!)

On Wednesday, Sept 14, Heather climbed the ladder and found that there are THREE live baby birds in the nest! Now we're waiting to see--- will they ALL fly?!